31st President of the United States

Under the Constitution of 1787 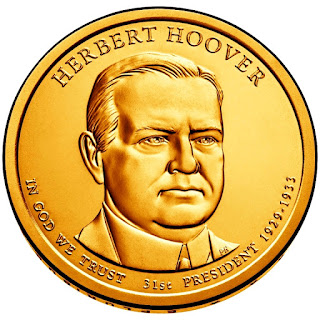 HERBERT CLARK HOOVER was born on August 1, 1874 in West Branch, Iowa, the second of three children of devote Quakers. His father, Jesse Clark Hoover was the village blacksmith, and his mother was Huldah Randall Minthorn. When young Hoover was only six years old, his father died of typhoid fever and less than three years later, his mother died of pneumonia. In 1884, the children moved to Newberg, Oregon to live with their mother’s brother, Henry John Minthorn, a country doctor who had a strong interest in education. In Newberg, Hoover worked on a farm and he attended a Quaker academy that his uncle helped direct.

Students and Teachers of US History this is a video of Stanley and Christopher Klos presenting America's Four United Republics Curriculum at the University of Pennsylvania's Wharton School. The December 2015 video was an impromptu capture by a member of the audience of Penn students, professors and guests that numbered about 200.

In 1888, young Hoover worked as an office boy in a land settlement office in nearby Salem and he studied mathematics attending night school. His professor of mathematics, Joseph Swain, helped him gain admittance to the new Leland Stanford Junior University in Palo Alto, California. A coincidental meeting with an engineer in Salem resulted in his resolve to study engineering, and he was admitted in 1891 to Stanford’s first class. He worked his way through college, typing, doing laundry and working as a secretary for a geology professor. During his senior year, he met a young geology student from Iowa, Lou Henry, who would later become his wife. He graduated with his bachelor’s degree in mining engineering in May 1895.

After graduation, Hoover worked in gold mining in California and Colorado. He then joined the staff of a leading mining engineer in San Francisco, who recommended him to the London mining firm of Bewick, Moreing and Company, in 1897. Hoover introduced California mining methods to the company’s Western Australia operations. While in Australia, Hoover suggested the company purchase an extremely productive gold mine, and he was rewarded with a substantial increase in salary. He turned to the administrative side of the business, working with the government and bargaining with labor. A year later, the company offered him a position as chief engineer of the Chinese Engineering and Mining Company. Hoover accepted, but returned to Monterey, California, where on February 10, 1899, he married Lou Henry. They would eventually have two sons: Herbert Clark Hoover (1903 – 1969) and Allan Henry Hoover (1907 – 1993). 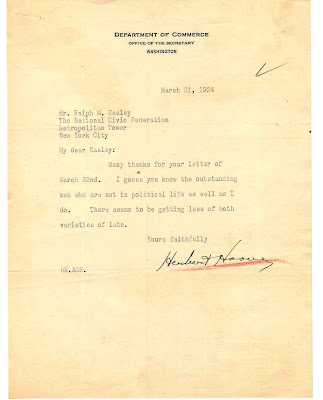 The couple arrived in Peking in March 1899. During the Boxer Rebellion in June and July of 1900, the Hoovers risked their lives transporting food and medical supplies to the besieged foreigners, walled up in the city. Later that year, they returned to London, where Hoover was given a one-fifth interest in Bewick, Moreing and Company, which had mines in Australia, New Zealand, South Africa, Canada and Nevada. They had gold, silver, tin, copper, coal and lead mines, and they also owned a turquoise mine in Egypt. Hoover became a well-known consulting engineer and by 1914 he was managing director or chief consulting engineer in a score of mining companies. By the age of 34, he had acquired worldwide recognition in his profession, as well as interests and chairmanships in a number of mining companies. He organized a firm of consulting engineers that also had worldwide interests and his travels did not stop. He published books on metals and mining engineering and gave lectures at Stanford and Columbia universities.

When World War I began, Hoover was asked to organize and direct an American Relief Committee, aiding stranded and penniless Americans in Europe. Hoover became a public figure and was appointed as head of the Commission for Relief in Belgium, bringing him world fame. When the United States entered the War in April 1917, President Wilson appointed Hoover the U.S. food administrator, working to increase food production, reduce consumption, eliminate waste, stabilize prices and improve distribution. After the War ended, Hoover returned to Europe and established the American Relief Administration, to assist in the economic restoration and the feeding millions of diseased and undernourished children.

Returning to the United States in September 1919, Hoover’s friends launched a campaign to give him the nomination for president. He did not get the nomination, but the new Republican President, Warren G. Harding, offered Hoover the position as Secretary of Commerce, which he accepted and continued to hold under Harding’s successor, Coolidge. As head of the Department of Commerce, Hoover strengthened and expanded its activities, especially into federal regulation of the new technologies of radio broadcasting and commercial aviation.

When President Calvin Coolidge withdrew from the 1928 presidential race, the Republican Party nomination was wide open. At the June convention, Hoover was nominated on the first ballot, and named Charles Curtis, the U.S. Senator from Kansas, as candidate for vice president. Aided by the country’s prosperity, plus anti-Catholic sentiment against Democrat Al Smith, Hoover swept to victory. Hoover carried every Northern state except Massachusetts and Rhode Island with 444 electoral votes to Smith’s 87 and 21,437,277 popular votes to Smith’s 15,007,698. 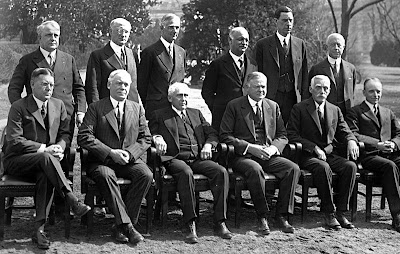 The country was extraordinarily prosperous when Hoover began his administration, with large Republican majorities in Congress. Early in his administration he attacked the problem of low agriculture prices due to an increase in productivity and the amount of land being farmed. In April 1929, he called a special session of Congress and the Agricultural Marketing Act of 1929 was enacted, establishing the first large-scale government program to aid the farmer in peacetime.

Seven months into his Presidency, On October 29, 1929, “Black Tuesday”, the stock market crash plunged thousands of businesses and individuals into bankruptcy, ushering in the most extended economic downturn in American history, the Great Depression. At first Hoover felt the financial catastrophe was simply panic and that the economy was sound and would soon return to normal. However, public confidence was not restored and he was forced to propose direct action by the government to defeat the depression. Hoover cut taxes, increased public works and created the Reconstruction Finance Corporation to make government loans. But he drew the line at direct loans to individuals, even though more than 12 million Americans were unemployed. Shanty towns of homeless families became known as “Hoovervilles”, and the Democrats regained their majority in the Congressional elections of 1930. 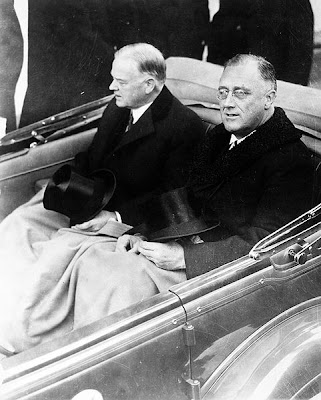 Hoover was defeated before he even ran for reelection, as the Democrats had blamed the Republicans and the president for the depression. Running against Franklin D. Roosevelt, Governor of New York, the Republicans were branded the “Party of hard times”. Roosevelt won the election in November 1932 with 472 electoral votes to Hoover’s 59. The popular vote for Roosevelt was 22,829,501 and Hoover received 15,760,684.

Hoover settled in his Palo Alto, California home after retiring from the presidency. He donated his 20,000 volume Hoover Library on War, Revolution and Peace to Stanford University. He remained active in politics, figuring prominently in the 1940 Republican National Convention. He served in Europe at President Truman’s request after World War II, recommending ways to avert a postwar famine and again in 1947 when he was named chairman of the Commission on Organization of the Executive Branch of Government, which is commonly called the Hoover Commission. He maintained throughout his old age an impressive schedule of writing and public speaking. He wrote The Ordeal of Woodrow Wilson (1958) when he was 83, the first book ever written by one president about another whom he had served. 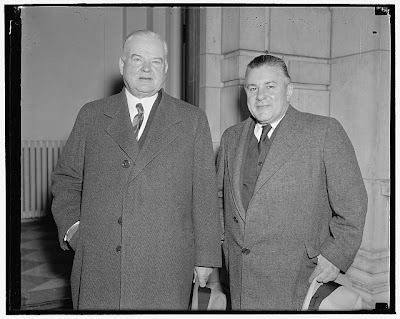 Hoover died on October 20, 1964, at the age of 90. He had survived beyond his term of office longer than any president ever had.

The Congressional Evolution of the United States of America

Presidents of the United States of America

Capitals of the United Colonies and States of America

Book a primary source exhibit and a professional speaker for your next event by contacting Historic.us today. Our Clients include many Fortune 500 companies, associations, non-profits, colleges, universities, national conventions, PR and advertising agencies. As a leading national exhibitor of primary sources, many of our clients have benefited from our historic displays that are designed to entertain and educate your target audience. Contact us to learn how you can join our "roster" of satisfied clientele today!

Primary Source exhibits are available for display in your community. The costs range from $1,000 to $35,000 depending on length of time on loan and the rarity of artifacts chosen.


Dad, why are you a Republican?

No Taxation Without Representation

US Bill of Rights

*** President of the Confederate States of America